Uckfield Town Council and Wealden Police came together to hold a public meeting on 29 May. Despite being convened at short notice the meeting was well attended, with over 100 residents of all ages turning out to hear what agencies are doing to tackle ASB and criminality in the town. 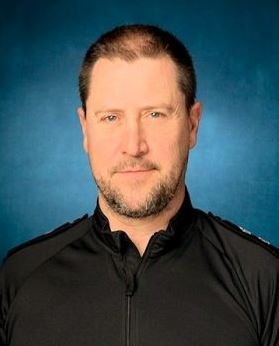 Local Councillor Duncan Bennett chaired the meeting and began by inviting Inspector Gross to provide an update with regard to recent police activity.

Inspector Gross thanked people for coming along to provide their perspective as local residents. He summarised recent police actions in respect of some recent assaults – crimes which had attracted significant public interest.

A number of individuals have been arrested in the last two weeks, with many of the individuals currently the subject of bail conditions designed to curtail their opportunity to cause further problems. The investigations into these matters were continuing, coordinated by detectives from the East Sussex Investigations department.

A number of departments had contributed to this work, and also to the business of maintaining preventative patrols in Uckfield, Crowborough and the railway line between the two towns.

Inspector Gross outlined the focus of police and partnership activity in the weeks ahead. This will include:

After all three members of the Police panel had provided assurances that tackling this issue would remain a priority, the meeting was opened up for questions, facilitated by Cllr Bennett.

A good third of the audience asked questions, all of which helped form the discussion. The following is a summary of the main issues and concerns raised:

All these points were discussed and addressed by the police panel, with contributions also from Cllr Bennett and Town Clerk Holly Goring.

The meeting was also a good opportunity for those present to understand the powers and procedures available to the Police, and other agencies, such as Youth Offending Service, to address the issues.

At the conclusion of the meeting Inspector Gross once again thanked everyone for their attendance. He indicated that a strategic meeting of local partners would be a useful exercise in the next few weeks, and that it would be very helpful to have one or two local residents involved if willing.

Update: As of June 6th additional police officers are being deployed every day throughout June to specifically tackle anti-social behaviour. Theses deployments will occur in areas across Wealden, Lewes and Eastbourne, with officers currently focussing their attention in Uckfield and Crowborough.

Any cookies that may not be particularly necessary for the website to function and is used specifically to collect user personal data via analytics, ads, other embedded contents are termed as non-necessary cookies. It is mandatory to procure user consent prior to running these cookies on your website.